All About Niagara Falls US and Canada

SaveSavedRemoved 1
38 Views 0
This post contains affiliate links where I will earn a commission if you make a purchase. Please read my disclosure policy here.

This article will highlight different tourist attractions around Niagara Falls, the US, and Canada. There are many different places to see and things to do in this region, and hopefully, this will help you discover a place or two to visit while here at Niagara Falls.

The Niagara River flows northward from Lake Erie into Lake Ontario. The river marks part of the border between the province of Ontario, Canada, and New York State in the United States. The best-known part of the river is Niagara Falls, a major tourist attraction in southern Ontario and Upstate New York. The major towns along the river are Fort Erie, Niagara Falls, Niagara-on-the-Lake in Ontario, and Buffalo, Tonawanda, and Niagara Falls.

Niagara Falls is the most well-known, popular, and commercialized attraction along the Niagara River. These spectacular falls are some of the largest and most visited in North America. The falls are flanked by two towns on either side of the border, both of which are named “Niagara Falls.” The town of Niagara Falls, Canada, is almost entirely devoted to the tourist industry, to the point that many have considered it a tourist trap as far back as the 19th century. Visitors can watch the falls from shore, ride the Maid of the Midst ship below the falls, or take a helicopter ride over the falls. Niagara Falls, Canada, also contains some casinos and a museum.

Downstream from Niagara Falls in Canada is the historic town of Niagara-on-the-Lake. While Niagara Falls, Canada, is a somewhat busy, tourist-dominated town, Niagara-on-the-Lake has maintained a more low-key southern Ontario small-town charm. Niagara-on-the-Lake, originally known as Newark, dates from the late 18th century when Anglo-American Loyalists fleeing the United States after the Revolutionary War began to settle in southern Ontario. American soldiers burned the town during the War of 1812, so none of the earliest buildings remain. The city was rebuilt after 1812 and given its present name.

On either side of the town are the remains of late 18th-early 19th century British forts, the legacy of American-British tensions. Fort George, originally built in the 1790s, and destroyed during the War of 1812, was reconstructed in the 1930s by the Canadian government as part of a Depression-era make-work project.  The city’s main street, Queen Street, is lined with historic 19th-century buildings.

The Niagara River region is one of Canada’s leading wine-producing areas, and wineries surround the town. Among them is the Peller Estates Winery, located at 290 John Street East at the edge of town. Peller Estates, one of Canada’s most prestigious wine producers, specializes in ice-wines, a Canadian specialty.

Buffalo, on the U.S. side, is the largest urban center on the river. Buffalo is home to several attractions, including the Botanical Gardens, the Buffalo Zoo, and the Buffalo and Erie County Naval and Military Park. The latter park is home to many old military vessels, including the World War II-era cruiser USS Little Rock.

Across the river from Buffalo is the Canadian town of Fort Erie. The French initially built Fort Erie during the 1600s. It was occupied by the British after the conquest of French North America in the Seven Years War in the 1760s. The British fort was built in 1764. The fort was the scene of bloody fighting between the British and Americans during the War of 1812. In the late 1930s, the fort was reconstructed, and today it is a tourist attraction operated by the Niagara Parks Commission.

The Niagara River Recreation Trail is a paved path for non-motorized vehicles that runs the entire length of the Canadian side of the Niagara River from Fort George in Niagara-on-the-Lake in the north to Fort Erie in the south. The trail passes through several areas of parkland, as well as some urban areas along the river.

Niagara Glen Nature Preserve lies north of the falls overlooking the Niagara Whirlpool on the Canadian side. The park is home to a pocket of pristine Carolinian (Eastern Woodland) forest. This kind of habitat is prevalent from the Carolinas and Virginias north through the eastern U.S. states but is confined to the southern reaches of Ontario in Canada. On the American side of the Niagara Whirlpool is Whirlpool State Park, which contains beaches, campsites, golf courses, and hiking trails.

As you can see, there are many different places with a lot of historical significance to visit around the Niagara Falls region, both in Canada and the USA.

Independent Health Fitness in the Parks (FREE to ALL in WNY!)

Things To Do in Hershey, PA

We will be happy to hear your thoughts 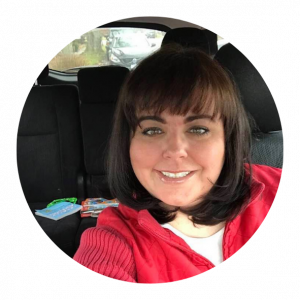 Where to View Fireworks in WNY 2021

Buffalo 3339
graliontorile ... 5 Ways To Save Money At The Grocery Store
gralion torile ... Finish Dishwashing Detergent Coupon
graliontorile ... How To Play Monopoly At Tops Markets
David ... How To Sign Up For Tim Hortons Rewards program
rebrand.ly ... WNY Daily Deal Sites
▫  Privacy Policy
▫  Terms and Conditions
▫  Disclaimer
▫  About
We use cookies on our website to give you the most relevant experience by remembering your preferences and repeat visits. By clicking “Accept”, you consent to the use of ALL the cookies.
Cookie settingsACCEPT
Manage consent